Daily Routine is back!

Why did Daily Routine disappear?

Daily Routine was released in August 2011 for a one-time purchase price of US$2.99. Over the next few years the app had 30+ free updates, including major updates adding features such as iPad support and sync. With several promotions from Apple itself, great support and constant improvement, Daily Routine found an enthusiastic niche audience. Good times.

Sadly as the years went by, the economics of the app store changed with 'free' becoming the new default price. Evenutally in September 2015, Jaysen (the developer of Daily Routine), reluctantly removed Daily Routine from sale as continued development was no longer viable. Existing users could still download and use the app, but with development ceased, users began experiencing more and more bugs. Dark times.

In 2019, Jaysen set the wheels in motion to bring Daily Routine back. Plans were made and remade. Deadlines were set and missed. Modern APIs and programming languages were adopted. User interfaces were rethought. Code was written and rewritten (and rewritten). 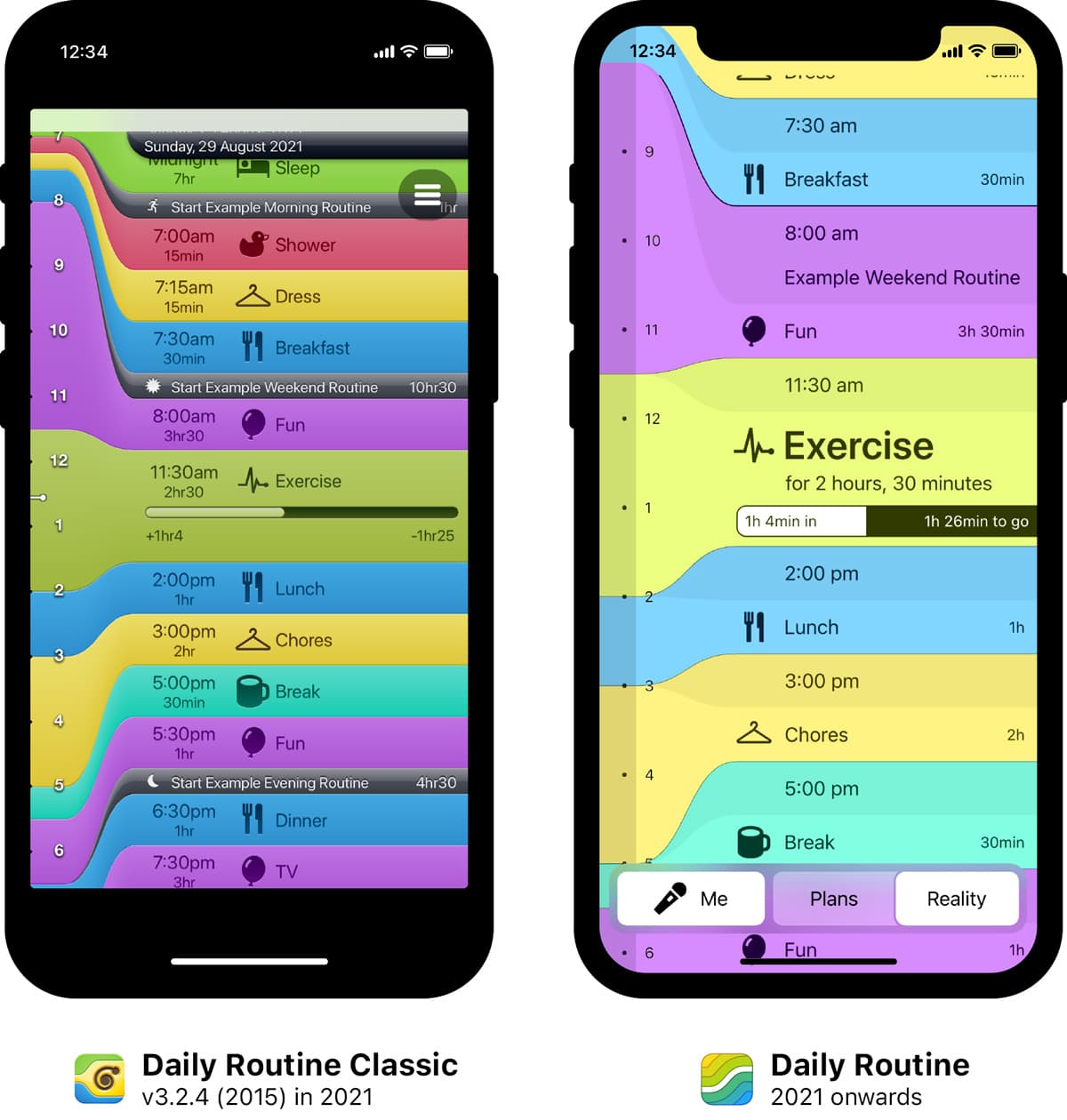 For those who don't do subscriptions, a one-time purchase option gives them the same Daily Routine but with a finite cost of about 3 years worth of annual subscription.

What happens to the old version?

The original Daily Routine is frozen in time but has been rebranded as Daily Routine Classic. No updates or bug-fixes are planned for Daily Routine Classic. Users who purchased the Classic between 2011 and 2015 can still reinstall it from the App Store and keep using it until Apple discontinues the APIs it uses. The sync services referenced by Classic (Dropbox, Google Drive, iCloud) are deprecating their old APIs in such a way that Classic's functionality will continue to degrade. Our recommendation is to disable sync entirely in Daily Routine Classic to minimise instability.

Yes. Daily Routine Classic is not for sale but if you bought it in the past you can certainly keep using it. You can even install it on new iPhones and iPads. Please be aware though that Daily Routine Classic will not be updated, so it will continue to degrade as iOS changes and various sync providers change their APIs. Be aware that the two versions cannot share data back and forth, they are effectively independent apps. All development effort will go to the new version of Daily Routine.

Daily Routine is intended to replace Daily Routine Classic but there are some features which haven't been re-implemented yet and some which never will be. Daily Routine also brings many new features that weren't possible in the past with many more to come.